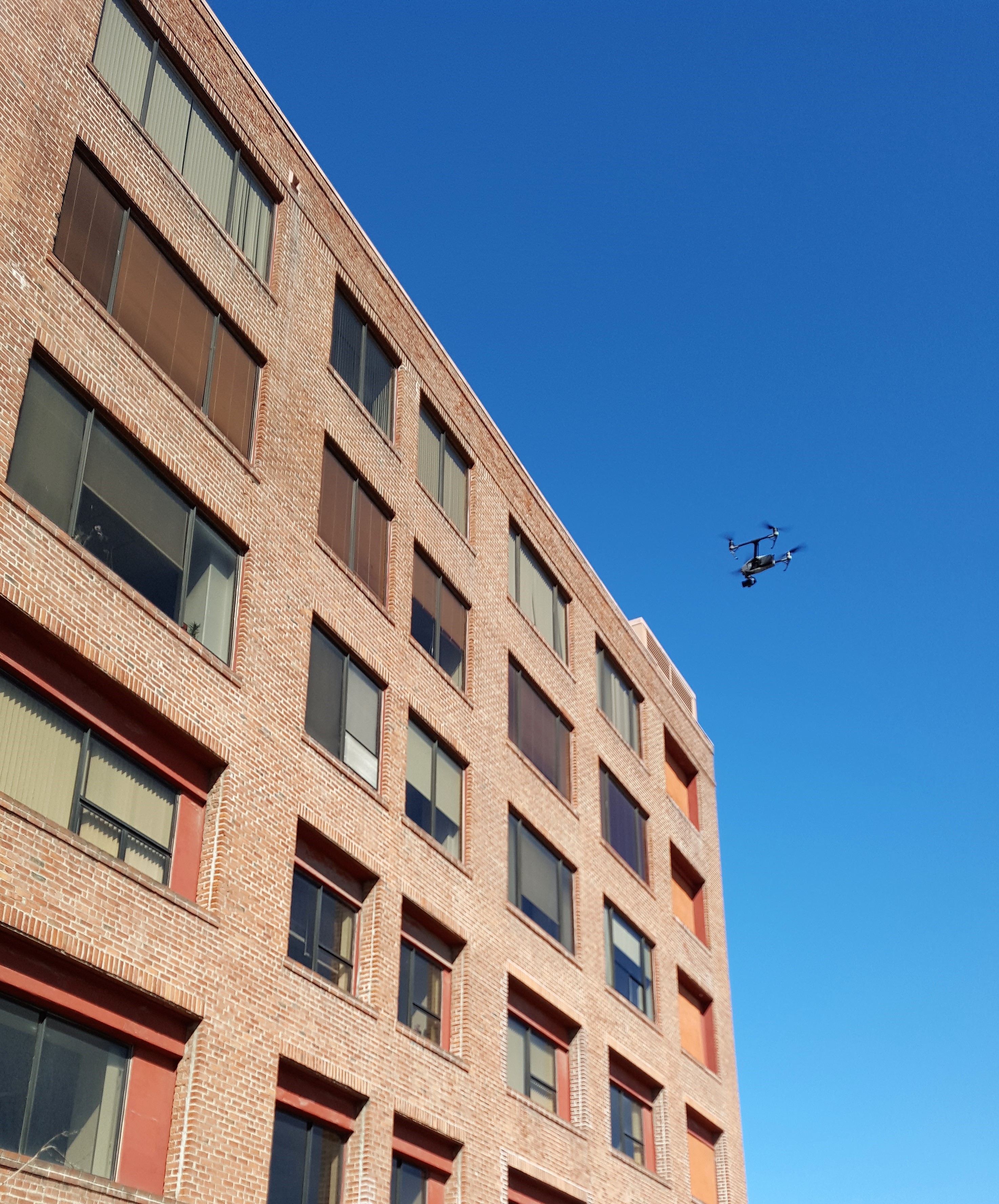 Estructure uses Survey Drone to Save Time and Money

Estructure used cutting-edge drone technology to identify damage and deterioration in the brick cladding on a 6-story 1927 San Francisco building. 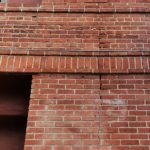 In 2006, a six-story reinforced concrete structure with brick masonry cladding was investigated for water infiltration. A close-up inspection of the entire façade was performed from a hanging scaffold and a boom lift. The survey identified bulging brick, corrosion of embedded steel and possible displacement of the brickwork. Annual visual binocular surveys of the facade followed and close-up surveys using a scaffold and boom lift were conducted at roughly 3-year intervals to identify imminent falling hazards.

In order to reduce the hazard posed by falling brick, particularly under seismic loading, Estructure was asked to complete a structural analysis of the cladding and recommend long-term remediation measures.

The first step was to collect reliable information about the current state of the brick cladding. Rather than using scaffolding or bosons chairs, which are costly and disruptive to building occupants, or conducting a binocular survey, which provides limited information, Estructure retained Sierra Overhead Analytics (SOA) to facilitate cladding assessments in a more cost effective, time efficient, less disruptive and more reliable manner by collecting high-resolution imagery using a combination of aerial and ground-based methods. Aerial imagery was collected using an unmanned aerial vehicle (UAV), otherwise known as a drone.
The UAV collected high-resolution imagery that was stitched together to form one continuous, high-resolution image for each building elevation. These stitched images were aligned to the architectural elevations in AutoCAD. SOA also provided high resolution photos of every wall pier, spandrel and window sill in the building. 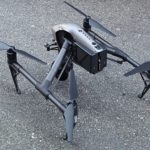 Using the imagery collected from the drone, Estructure was able to identify areas in need of remediation and recommend specific repair types and quantities. Construction documents were prepared on the basis of the drone survey. Details of the repairs will be confirmed when the building is fully scaffolded to perform the work.

The drone survey was fast, effective, inexpensive and did not disrupt building occupants. The survey provided a reliable basis for project planning, budgeting and bidding.